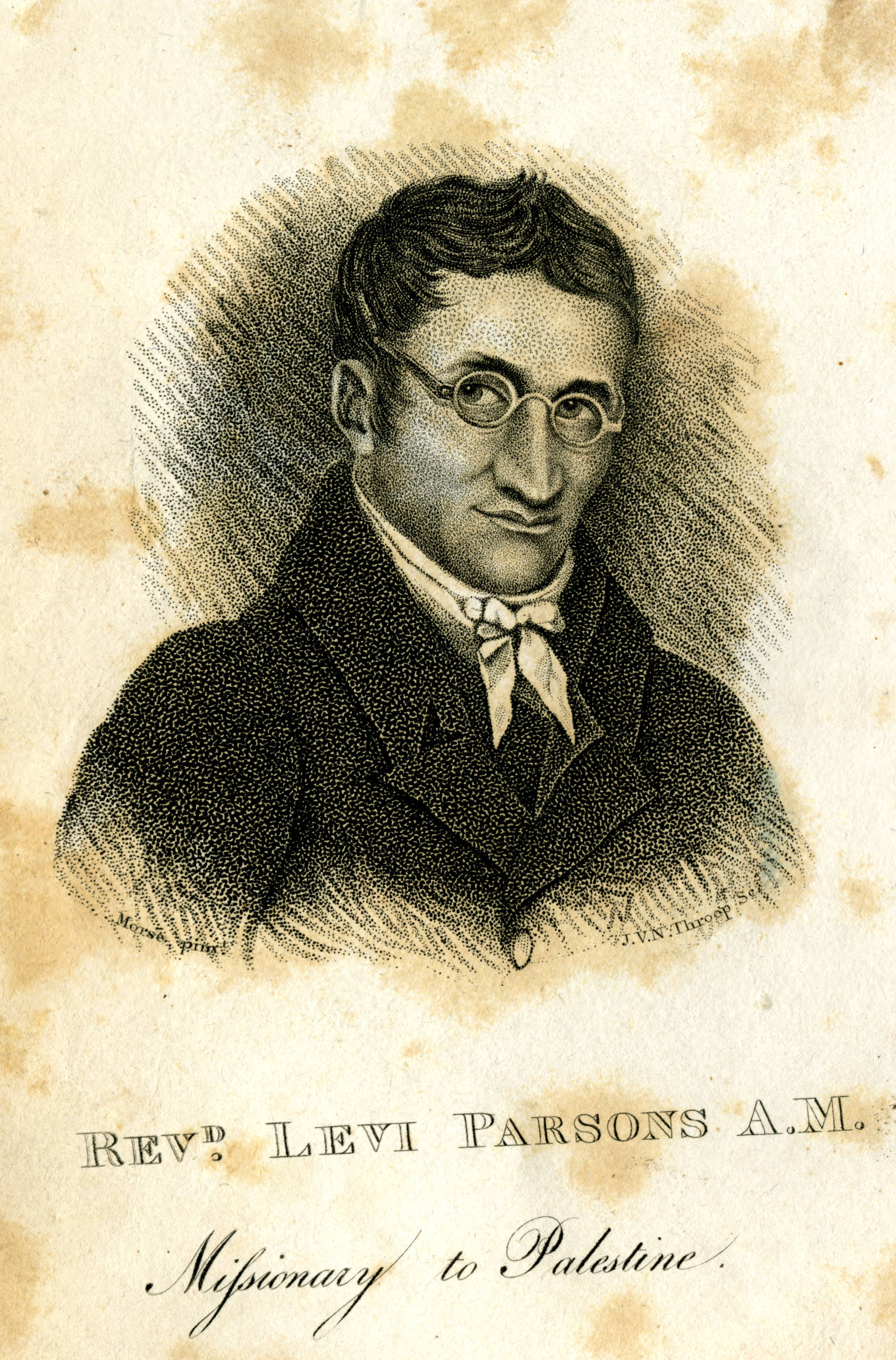 This collection of letters written to family and friends details the travels and observations of Levi Parsons as a missionary in the Middle East as well as general correspondence from his student days at Middlebury College. Folder #4 without address or salutation, is a sort of prayer or anthem detailing Parsons’ religious epiphany while a student. A letter to his brother details the massing of 300 men in Shoreham on the eve of the Battle of Plattsburgh and its aftermath, (Folder #12). Levi writes often to his sister, Lucretia who became the wife of Rev. Daniel O. Morton, a pastor in Shoreham, VT. Morton wrote Memoir of Rev. Levi Parsons, Late Missionary to Palestine, published in 1824.

Open for research without restrictions.

Levi Parsons was born in 1792, in Goshen, MA. He had a brother, Ira, and two sisters, Electa and Lucretia. His sister Electa died on Dec. 16, 1816. His education at Middlebury College was followed by Theological training at Andover Theological Seminary beginning in 1814, and ending in 1817. He was ordained in the same year. He was sent as a missionary to Egypt l8l7-1822. Before arriving in Egypt, he spent some time in “Smyrna, Asia”—today known as Izmir, in Turkey. He resided on the island of Scio-- today Chios, and on Syra –today Siros, Greece.

Before sailing for Alexandria with his good friend and classmate, Pliny Fisk, he became ill, and died not long after their arrival in Alexandria, on February 10, 1822. Fisk documents his illness, which seems likely to have been typhoid. In D. O. Morton’s compilation about Parsons it is stated that Parsons was sick for fifty days, and was “20 days without reason,” which seems likely to have been delirium or coma. Fisk himself continued his missionary work, after Parsons’ death, in Egypt and Jerusalem, dying in Beyrout, Syria on October 23, l825.

Correspondence arranged according to date. Organized into 2 series. I. Levi Parsons to family members and others. II. Letters to Parsons family